iCompete Mentors: changing the future hawks for the better 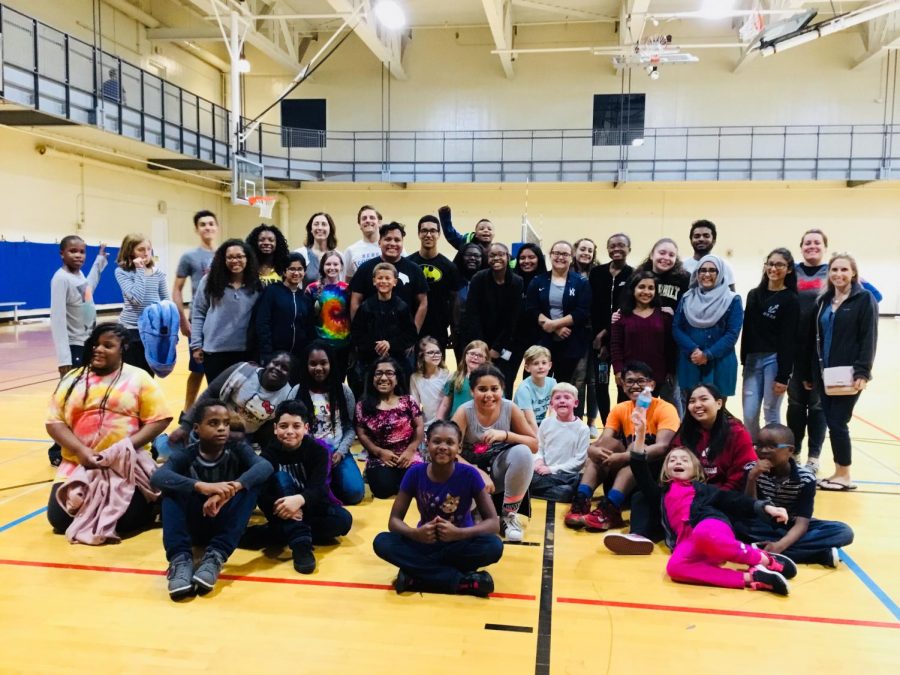 Mentors met their mentees during their first major event at Prairie Stone Center on October 2nd.

iCompete was established in 2012 and originated from the Palatine Park District/High School. John Ulrich and Barbara Nocula, both Hoffman teachers, were asked to create a similar program by former principal, Jim Britton.

The program is focused on helping elementary students from John Muir through connections and interactions.

“It fosters important relationships between at-risk elementary students that are future HEHS students, with current model-students at HEHS,” Ulrich said.

It also focuses on molding the elementary students to make better life choices and give them hope that they will be able to overcome obstacles that will occur in the future years.

“Without safe and healthy alternatives, children are enticed to make poor choices and develop habits that later would conflict with our attempts to develop them as high school students,” Nocula added.

As they focus on the event, iCompete mentors prioritize the mentees because the stars of the program are the future Hawks of the school.

“I treat my mentees like family because as I spend more time with them, they really do become my family. They definitely have become little lights of my life and I look forward to seeing them every time,” Amiyah Moore, a 2nd year mentor, stated.

Now, iCompete is transitioning its’ name to be called “Junior Hawk Mentors”. Not only that, iCompete has finally became a club, which will have more opportunities to participate in school events, such as watching and cheering on school meets.

“The exciting thing about this year is that iCompete Junior Hawks is officially a club now and makes us eligible to be more involved in school-wide events and activities, as well,” Ulrich added.

After 6 years of mentoring John Muir students, this year was a first to have a former Muir mentee to become a mentor. John Emiliano was once a John Muir Falcon, and this year he decided to join in order to show his gratefulness towards the program.

“When I heard that iCompete was looking for mentors, I was excited. I thought about how thankful I was to the people that got me excited for high school. I knew joining iCompete would be a fun and easy way to give back to the community that gave me a lot,” Emiliano added.

It seems as if the John Muir mentees earn much advantages from participating in this program. Little do people know that they also benefit from becoming a mentor.

“All of our students work on building their character and self-esteem by being responsible, accepting differences, and showing respect for one another (relating to SOAR),” Nocula said.

“For the seniors, it is one more opportunity to leave a legacy and lasting positive impact on our school and community, by helping our future hawks develop into better students and people,” Ulrich added.

“Seeing how returning mentees come back because they have been able to create a positive connection is truly inspiring. But at the same time seeing new, fresh faces this year gives me hope of how the program will impact them,” said Alex Cazarez, vice-president of the club.

In addition to the benefits, iCompete also develop skills, like leadership and conflict-resolution, which would help mold them into the future leaders of the community, country, and the world.