Music can be a positive outlet during a challenging time 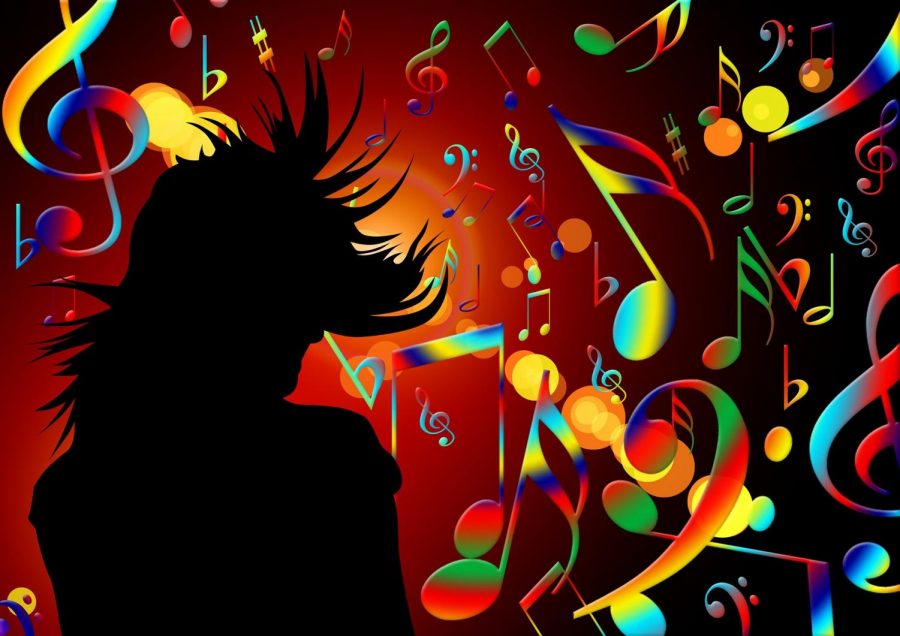 Over the past couple of months, quarantine has taken a toll on many individuals. The drastic circumstances of e-learning and isolation can be challenging and, quite frankly, exhausting. Consequently, many individuals seek an outlet. This can be video gaming, baking, sleeping, or even listening to music. As the Billboard 100 constantly changes with new artists and original songs, people resort to music as a vent.

“Music definitely helps me relax; it gives me something to look forward to, such as new albums from my favorite artists,” said Fenella Ibias, sophomore. Ibias believes it is the variety of new music available that helps her bond with other people.

Charlotte Castelan, freshman, agrees. “I’ve been bored because of quarantine, so listening to music is an outlet and there’s a lot of new stuff in the music industry. Virtual concerts are really cool.”

According to the Billboard 100, some trending artists as of this moment are Megan Thee Stallion, Doja Cat, Olivia Rodrigo, Pop Smoke, and The Weeknd. But, because there is a variety of music available (and not to mention, time available. Thanks to quarantine!), this has allowed individuals to discover their musical preferences in-depth.

As stated by the popular music streaming service Spotify, there are over 1,300 music genres in the world. Ranging from Norwegian hip hop to more obscure genres, such as Skweee, there’s something for everyone. Some people prefer slow songs, like “Can’t Help Falling In Love” by Elvis Presley, and some might prefer more dynamic songs, such as “TNT” by AC/DC.

“I tend to listen to a bit of everything. Although, my favorite artists as of this moment are One Direction and Green Day,” said Priya Srinivas, freshman. “At the end of the day, whatever I end up playing is definitely mood-based.”  She said alternative rock is her favored genre.

Castelan agrees. “Rock is fast-paced and fun to listen to,” she said. Castelan said her favorite artists to listen to are The Beatles, 100 gecs, and Men I Trust.

It’s apparent that she isn’t the only person who feels that way. As of this moment, the début pop single “Drivers License” by Olivia Rodrigo is ranked #1 on the Hot 100 Billboard. The song amassed 76.1 million streams and sold 38,000 downloads in the week following its Jan. 8 release, according to Billboard. It’s evident that some songs of the pop genre are quite a hit.

“I listen to Why Don’t We, Little Mix, and Doja Cat. Why Don’t We’s new album, “The Good Times and the Bad Ones” is very dynamic and changes moods a lot. For whatever emotion I’m feeling at the moment, there is a song on the album that connotes to it,” said Ibias.  “Why Don’t We’s songs are mainly pop and it’s a major serotonin boost,”

All in all, music has proven to be an effective de-stressor for many. The next time you feel down, blasting music may just be the best antidote.