Influencers can set trends, but not everyone follows 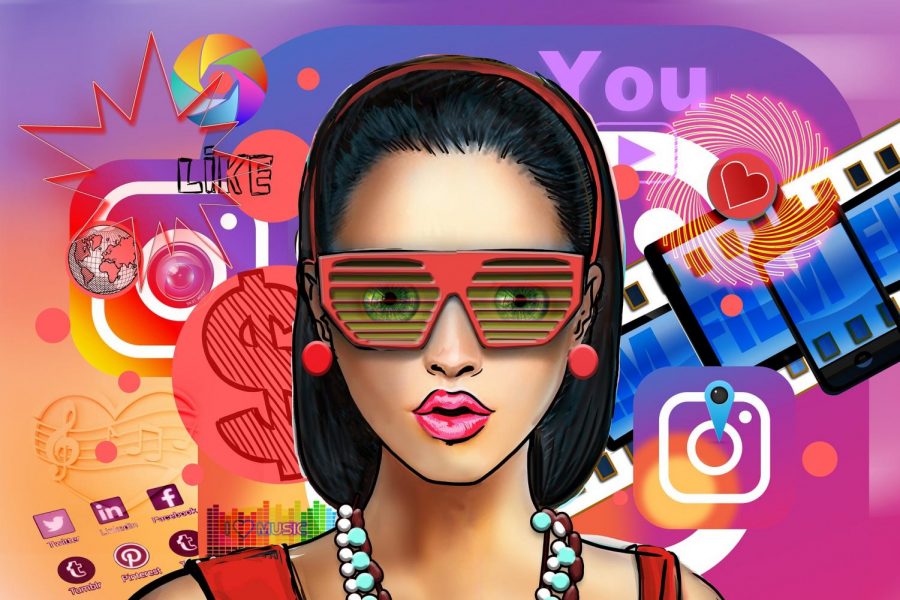 You’ve probably heard of popular TikTok stars like Charli D’Amelio and Addison Rae, famous for popularizing quick and rhythmic dances to catchy songs like “Say So” by Doja Cat or “Lottery” by K Camp (otherwise known as the “renegade” after one of the lyrics), but you may not know how or why they get so popular. After all, don’t they just dance?

There can be more to this side of the internet: these internet celebrities are called “influencers,” named after influencer marketing and their ability to, you guessed it, influence their audience. Influencers blow up online for multiple reasons, like talent, beauty, or any other envied quality. They can quickly grow a reputation, but not all influencers are as famous as others.

Influencers can blur the lines between a popular face behind a screen and real-world personalities. Teens like Charli and her friends are an example of these celebrities. These people have a large audience and can use that audience to broadcast their newest dance like Charli or, for example, promote a new product or nice outfit.

“If I did buy something endorsed by a star, it would really only be because it’s the only way I’d see it,” said Autumn Bourseau, freshman.

Social media is an extensive place and an extensive market, not just for products, but for ideas. Trendy things and ideas become popular from people many look up to or admire, who are more often becoming social media stars. It makes a lot of sense that people would enjoy influencers’ content because they like what someone popular likes or because they simply want to follow a trend, and companies can make money from this; profiting from your emotion towards someone like a TikTok or Instagram user, or even a blogger or podcast creator. As long as they have an idea they can pitch to an audience, then they could be classified as an influencer, though maybe not in the technical sense of having someone reach out to them to sell a physical product.

Does this mean all influencers are greedy or are they simply just creating content they enjoy? That depends; it’s all up to opinion and the motives of the person creating content. Regardless, so many have an impressionable audience, with gaining this audience specifically being a huge motivating factor for creating.

Bourseau agrees with the idea that there is a real impact. “I think trends get a lot of attention because celebrities do them, and it does influence if people do them,” she said. “And if you like or trust someone on the Internet, then you’ll probably believe something they say.”

“I personally don’t follow a trend because a celebrity does; I have my own opinions and I like to go by them,” said Nia Kumar, freshman. “However, I think others follow trends because of celebrities/influencers- quite a lot of people I know, actually.”

Although there are multiple opinions on influencers and what they do, it’s interesting to see how social media really does affect real life and the ways it affects our choices personally. Whichever way you feel about it, there’s no denying that these influencers really do have an influence.