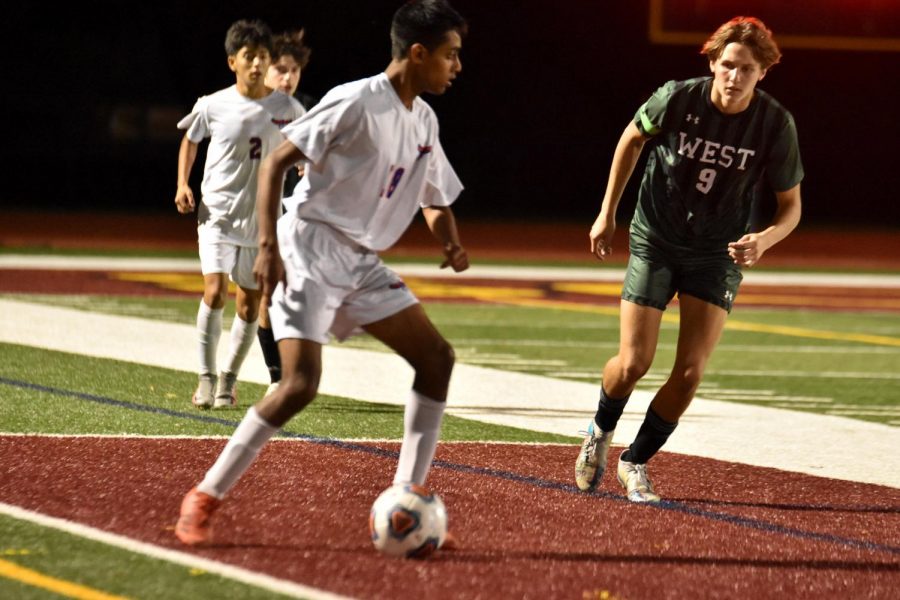 The HEHS soccer team may not have made it to State competition, but they did compete in the Regional Semifinals and celebrated big wins against some rival teams, which added to their overall success this season.

“My most memorable moment of the season was when I scored my first goal for the program, against Schaumburg no less,” said Anand Krishnan, senior. “When the ball got to me, even though the ball was bouncing and I was 25 yards out, I decided to hit it first time to catch the goalie off guard.”

Winning 4-0 against one of their biggest rivals, the HEHS soccer team played outstandingly.  The team exceeded expectations for this year, especially after the entire year spent in quarantine.

“Overall, we played with heart most games and wanted to come out on top,” said Ethan Knapp, junior. “No matter the end result we wanted more.”

Through grit and determination, the soccer team had without a doubt proven they could dominate the season. Although the team lost to Fremd during the regular season, they had untimely beaten every other school in District 211.

It’s going to be an exciting season to watch next year, as the soccer team will continue to improve, in both heart and body.