Hoffman Estates buzzes into first victory of the regular season

The Hoffman Estates Trivia Team defeated Schaumburg to start the regular season off on a positive note. 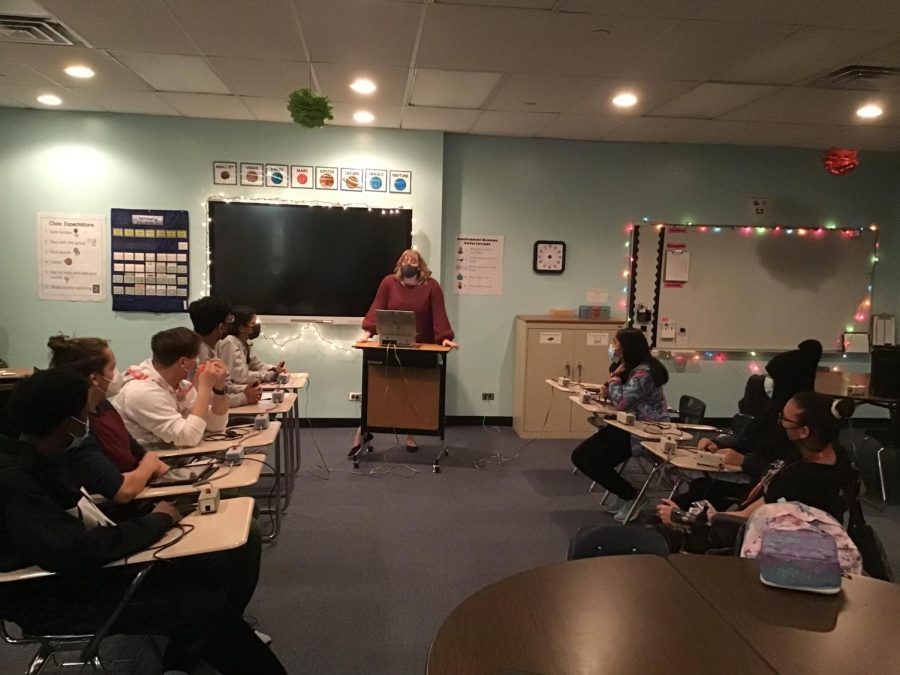 The Hoffman Estates Trivia Team scrimmages in practice in anticipation of the first meet of the regular season.

The start of the Trivia Team regular season was a good one for Hoffman Estates, with a convincing 330-130 victory over Schaumburg High School and an overall record of 1-1.

“I went into the meet with a lot of anticipation of waiting for the match to start,” said Mikaylah MacDonald, junior. “I felt ready, and the meet gave me more confidence [in my Trivia Team abilities]. I’ll come to future meets.”

The Trivia Team, which was previously known as Scholastic Bowl, rebranded itself to become more accessible and self explanatory to students looking to get involved in a fun academic, yet competitive, activity. The results of this have been fruitful, with 12 students attending the first regular season meet of the season.

In Trivia Team, two teams of up to five students each at a time compete to answer math, science, history, literature, and fine arts questions using a buzzer system. These buzzer questions are called tossups. The team that answers the question at hand first gets to answer the three following bonus questions first. Every question correctly answered earns a team 10 points. This combination of individual and teamwork skills makes Trivia Team matches intriguing battles of wits, knowledge, and composure.

“I gain a tremendous amount of euphoria when I answer a tossup correctly, which makes me come back for more each day,” said Lucas Pineda, senior and four year member of the Trivia Team.

Hoffman Estates had a fruitful preseason, achieving 9th place overall in the national NAQT meet on November 20, 2021 and winning some silverware. Along the way, Hoffman defeated conference rivals such as Palatine and Schaumburg. These were great team accomplishments and served as encouragement in preparation for the regular season. Hoffman Estates is in a tough conference, but as our players demonstrated against Schaumburg, the Hoffman Trivia Team is ready to buzz-in and win.