Joseph and the Amazing Technicolor Dreamcoat draws crowds during its run 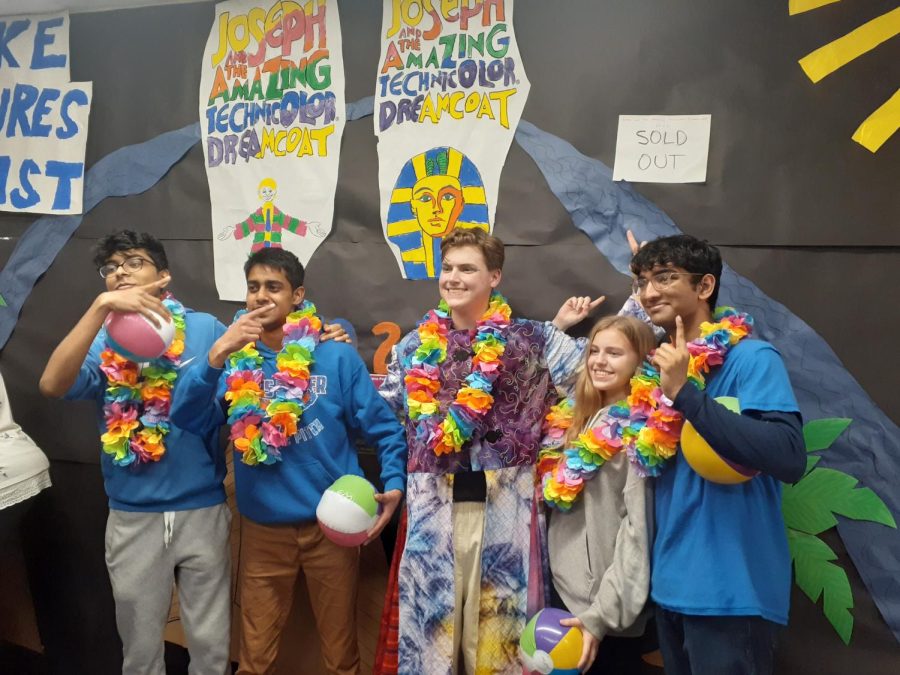 Being in the audience at a musical production is nothing short of an engaging sensory experience. Hoffman Estates High School’s production of Joseph and the Amazing Technicolor Dreamcoat offered displays of gorgeous colors, extravagant backgrounds, and jaw-dropping talent.

The show was a success, selling out both Friday and Saturday during the first week in March. This was the second time that a production sold out but the first time a show sold out two nights in a row. Two years ago, the production Chicago sold out one night of its run.

“I was a part of one of the sold out shows as a theater guide,” said Fenella Ibias, junior theater guide. “I saw many people coming in and I sensed something was up. It wasn’t until one of the technical producers ran up to me and told me the show had sold out. I freaked out because there wouldn’t be a seat for me, but it was worth it, as the success of the show was really great to be a part of.”

Although the success may be seen as an unforeseen surprise, that is not necessarily the case. The hardworking production crew of Joseph knew that the show was going to be supported to this extent but were overwhelmed with pride witnessing it themselves.

“I feel so proud of seeing it sold out,” said Anand Krishnan, senior tech producer. “It’s not just because of it, but I feel proud to have participated in it. We all had some sort of feeling that it would be packed, due to the Google form reservations we had sent out, but we prepared for the influx in the audience rather well.”

It’s safe to say that this success will be remembered for quite some time, and may transfer into the upcoming spring play, which is beginning its pre-production and is in the midst of casting. And although the theater is moving on to a new production, the impact and success of Joseph will be sticking around for a long time.

“I’m so thankful to have the chance to create beautiful art with my theater family,” said Dominic Luzwick, the actor who played Joseph. “We came together to give our audience a viewing of the show they came to see, and a viewing experience they deserved to see. I hope everyone who saw Joseph enjoyed the show!”